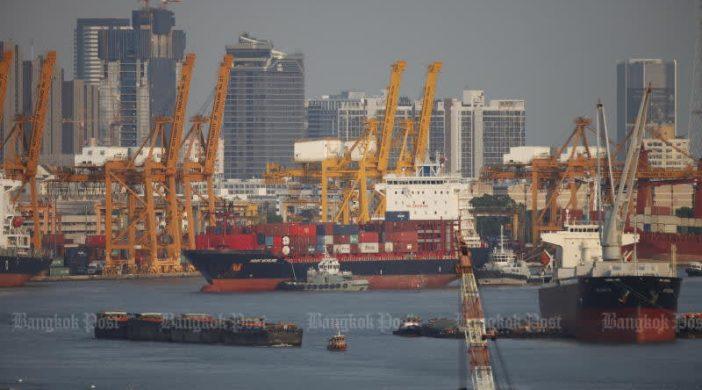 Thai exports are expected to rise by 5% this year, compared with a previous forecast of 5% to 8% growth, due to uncertainty over the Russia-Ukraine war, the Thai National Shippers’ Council (TNSC) reported on Tuesday. According to TNSC’s forecast, exports would increase by 8% in the first quarter from a year earlier and by 2% to 4% in the second quarter. In the whole of 2021, exports jumped 17.1%. Exports and tourism were the two sectors driving the economy in February, Bank of Thailand senior director Chayawadee Chai-Anant said on Friday. In February, the value of merchandise exports after sea…